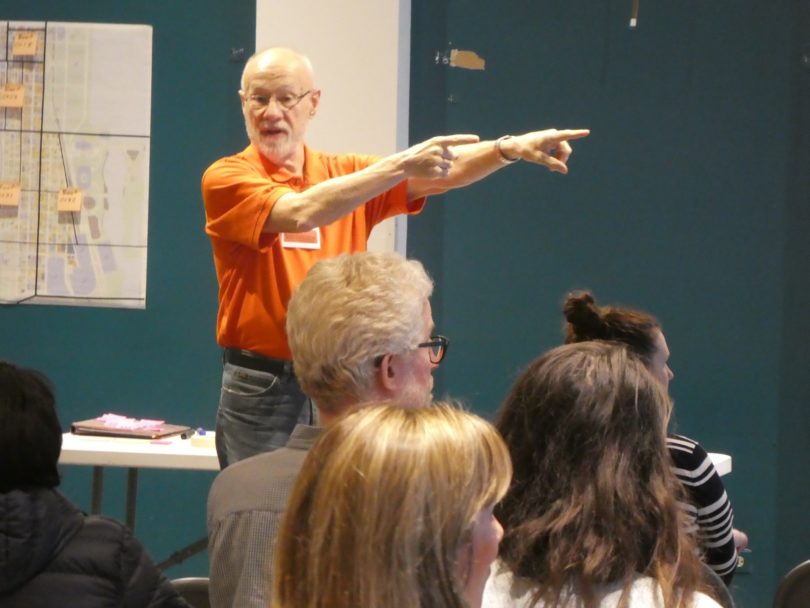 by Roger Marsh, South Loop Neighbors May 10, 2019
Crime reports in the South Loop declined over 7% from 2017 to 2018, according to data presented at a South Loop Neighbors meeting on May 1st. Furthermore, that trend continued in the first quarter of 2019 with another 5% drop. This reversed a trend of slightly increasing reported crime from 2014 to 2017.
Statistics from the City of Chicago’s Data Portal showed a reduction in reported crime of 2.3% across the city, 0.2% in the 1st Police District, and 7.6% in the four police beats that cover the footprint of the South Loop neighborhood. The largest drop was in Beat 0132, which covers the area east of Michigan Avenue between Roosevelt Road and the Stevenson Expressway.
The 1st Police District covers the Loop as far west as the Kennedy Expressway and the South Loop from Lake Michigan to the Chicago River and as far south as 31st Street. In 2018, the District received increased police officer staffing and was able to assign a patrol car to all of its 11 police beats for every shift. In addition, it had enough staff to place shifts at “hot spots” such as Pritzker Park and Roosevelt & Wabash. Computer analysis of trends in crime types and locations focused priority on the crimes of assault, battery, and robbery in and near CTA transfer points. The 1st District went so far as to assign some of its staff to support the Police Department’s Transit Detail officers within CTA stations and on Red Line trains. Crimes in these areas showed dramatic reductions.
Crimes that did not show a reduction in the South Loop were Theft and Deceptive Practice. These “property” crimes actually increased and are a particular problem in the 1st District because perpetrators often target commuters and tourists. Police suggest protecting cell phones, purses, and wallets and locking car doors even while driving.
Analysis of crime locations down to the street and block show that South Loop residential locations are much safer than commercial areas. For example, the Dearborn Park 1 neighborhood had only 48 reported crimes in 2018 while the Roosevelt-Wabash intersection had 563.
In addition to the presentation of crime statistics, the South Loop Neighbors meeting provided discussion of “quality of life” concerns, such as, resident support for public safety, relationships with homeless populations, and community care for the neighborhood’s public locations.